Hey Everyone,  I hope that you can follow me at my new blog where you can easily sign up to receive new posts by email.  Thank you for all of your support.

http://gracemattioli.com/blog/
Posted by Grace Mattioli at 10:26 AM No comments:

In the final chapter, entitled "Keeping the Good" Silvia and her family gather for a dinner commemorating Vince's graduation from high school at a restaurant called The Central Cafe.  This was the name of a restaurant in Hammonton where my mom and I would go to eat gnocchi with marinara sauce. One of the dishes they order is Chicken Cacciatore and you can find the recipe below from simplyrecipes.com.

INGREDIENTS
·         One 3 1/2 pound chicken, cut into pieces
·         2 Tbsp extra virgin olive oil
·         1 cup thinly sliced onions
·         2 garlic cloves, thinly sliced
·         Salt and freshly ground pepper
·         1/3 cup white wine
·         2 cups peeled and chopped, firm ripe tomatoes (or canned plum tomatoes in their juice)
METHOD
1 Rinse chicken and pat dry. Heat olive oil in a large skillet on medium heat, add the onions and cook until translucent, stirring occasionally. Push the onions to the side. Season the chicken pieces with salt on all sides. Add the chicken pieces, skin-side down. Cook until the chicken skin is golden brown, then turn pieces over and brown on the other side. Add the garlic to the pan and cook a minute more.
2 Sprinkle pepper over the chicken. Add wine and simmer until reduced by half. Add the tomatoes, lower the heat and cover the skillet with the lid slightly ajar.
3 Cook the chicken on a low simmer, turning and basting from time to time. Cook until the thighs are very tender and the meat is almost falling off the bones, about 40 minutes. If the stew starts to dry out, add a couple tablespoons of water.
Yield: Serves 4-6.


Posted by Grace Mattioli at 8:00 AM No comments:

Please check out my new site and the future home of my blog!

Hope you can follow me as there will be many more wonderful posts to come!

Posted by Grace Mattioli at 1:38 PM No comments:

In Chapter Seven, "Too Late for Saving," Silvia goes through a box of family photos to get inspiration for finishing her painting.  She comes across one from Cosmo's Confirmation and recalls the party after the ceremony in which Frank and Donna's father, Cosimo got into a fight over the last piece of eggplant Parmesan.  If it had not been so delicious, they may have not gotten into a fight. But prepared correctly, this dish is almost worth fighting over!

Drain the eggplant of excess moisture and coat with egg and flour.  Cook until soft and tender in olive oil. It is crucial that the eggplant is cooked for a long time in a good amount of olive oil. Blot excess oil off egglant with paper towel. Layer into casserole dish. Layer with sauce, mozzarella cheese and Parmesan cheese.  I also learned, from my grandma, to sprinkle leftover egg over the first layer.  I am told by my sister, Annamae, that my grandma, who grew up during The Depression, did this because, in those days, it was forbidden to waste any food.  I believe that it greatly adds to this dish.  Continue layering two or three more times, or until you run out of ingredients.  Bake in preheated oven at 350 degrees for about 35 minutes or until top is golden brown.

Posted by Grace Mattioli at 8:00 AM No comments:

Not The Jersey Shore

I strongly believe in the saying "Write what you know."  And that is just what I did in writing my novel. I grew up in New Jersey in an Italian-American family and so the family of my novel is Italian-American and the setting is New Jersey.  And although the characters are Italian-American and from New Jersey, they are much different than the cast of Jersey Shore or The Sopranos.  Like many other Italian-Americans that come from the great state of New Jersey, I am tired of the negative stereotypical conceptions of us, as gangsters and morons, that have been created and nurtured by the media.

The Greco family are all highly educated for one thing.  There is no mob affiliations here!  In fact, Vince, the youngest child, is so politically correct that he won't set foot in the WalMart because he does not agree with their politics.  The patriarch of the family, Frank, works as a courtroom judge.  The matriarch is a college professor.  The oldest son, Cosmo, studied astronomy at an Ivy League school. And the main character, Silvia, studied painting in art school which she attended on a full scholarship.

All in all, they are a lovable, quirky bunch of characters, all very unique and distinct from each other and all very different from how we are used to seeing Italian-Americans depicted.

Posted by Grace Mattioli at 8:00 AM 2 comments:

Get Your Copy Today!

The first book of a family saga trilogy, Olive Branches Don't Grow On Trees, has sold over 1,000 copies and has been downloaded over 20,000 times.  It has reached best seller status in Amazon's humorous fiction category, and has received several rave reviews from reputable book blogs:

“A truly enjoyable read. Perfect for a cozy evening snuggling under a blanket, blocking out the world. The sequences of Silvia's recollections into the past with her strong willed, born ahead of her time grandmother, the jobs she has held, and lost as it were, are nothing short of brilliant.”
Chapters and Chats Book Reviews

“The author weaves a tale that is a moving and realistic portrayal of a dysfunctional family with enough drama and humorous family situations that will keep the reader engaged and entertained, while providing a witty sense of humor and subtle messages of life lessons to extend the olive branch and learn to live, love and forgive.”
Jersey Girl Book Reviews

“The author did a great job of showing what Silvia was experiencing as she tried to reunite the members of her hot-headed Italian family.”
Bella Online: The Voice of Women


Get your copy today from Amazon, available in Kindle for $1.99 and paperback for $8.95.  You're guaranteed to laugh out loud, fall in love with the characters, and maybe even shed a tear or two!

Posted by Grace Mattioli at 6:35 PM No comments:

In Chapter Six, entitled "Lightning Bugs at Dusk," Silvia goes home to find Frank making a sausage and peppers sandwich. This has always been a popular dish in my family, and something that we all used to enjoy at a festival in my home town called the Festival of Mount Carmel:  http://mountcarmelsociety.homestead.com/  There is a stand at this festival that serves sausage and peppers sandwiches.  My brother Vincent used to work at this stand and now my sister, Annamae, works there.  Hope you enjoy!

·         Place the sausages in a large skillet. Pierce the casings with a fork. Add 1-inch water to the pan. Bring liquid to a boil. Cover sausages, reduce heat and simmer 10 minutes.
·         Heat a second skillet over medium high heat. Add oil, 2 turns of the pan. Add garlic, onion, and peppers, salt and pepper.
·         Drain sausages and return pan to stove, raising heat back to medium high. Add a drizzle of oil to the skillet, brown and crisp the casings. Remove sausages, slice into 2 inch pieces on an angle and set pieces back into the pan to sear.
·         Split and toast the bread under broiler.
·         Combine the cooked peppers and onions to the sausages. Toss and turn the sausage, peppers and onions, picking up all the drippings from the pan. Pile the meat and peppers into the garlic sub rolls and serve.

Posted by Grace Mattioli at 8:00 AM No comments: 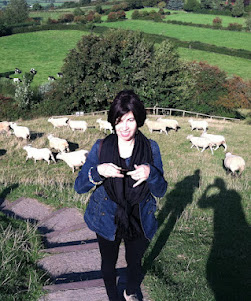 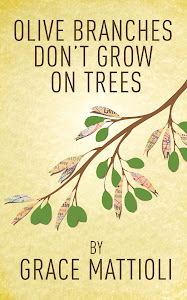